Supply chains use to be relatively simple. A century ago, most goods were produced and distributed locally. Trains and ships provided much of the transcontinental deliveries and supplies were delivered to hubs making for sorting and distribution relatively straight forward. 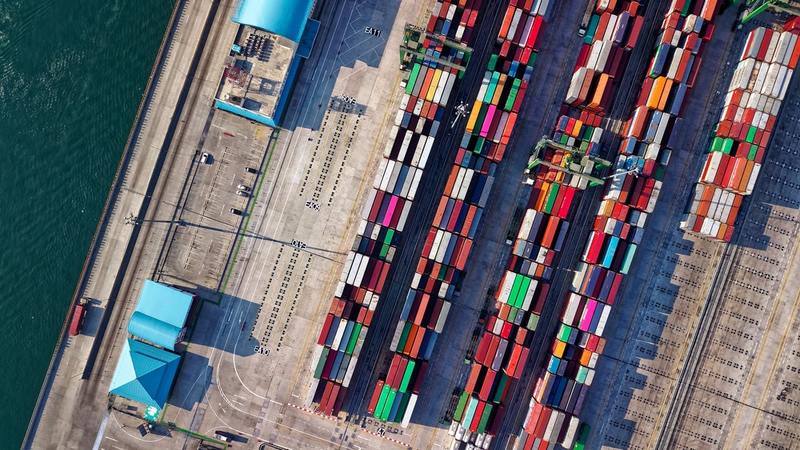 As time progressed, innovations shook the way supply chains were managed. The use of tractor trailers allowed larger amounts of goods to be delivered more precisely which inevitably opened the door to more complexity. The development of computers in the 1980s allowed for more a more streamlined supply chain than ever before.

Manufacturing giants in China soon could coordinate more easily with distributors all over the world through the internet. All these developments have brought us to the highly efficient world of supply chain management that we find ourselves living in today. While nobody will say that our current system is broken, there are some serious improvements that are currently being made with the help of blockchain technology.

Blockchain technology has some unique features that work very well when applied to supply chains. All supply chains are powered by accurate record keeping. The only way that you can improve a supply chain is to know exactly where specific goods are at all times.

A blockchain is essentially a distributed ledger that once a record is made, it cannot be changed or adjusted. Blockchains can be made to be transparent making their records open to the public and information sharing much easier. Payments are also simplified through the blockchain which makes sending money internationally much more simple.

So, how do all these traits combine to improve supply chain management? Below we’ve outlined a few examples that demonstrate how companies today are using blockchain to improve their supply chains.

Walmart has become one of the largest distributors of food in the country. The Walmart food supply chain stretches all over the globe. The sheer volume of food that Walmart has to process and deliver to it’s shelves each and every day is mind-boggling.

The current system that Walmart employs involves using manual data entry and many legacy devices. The food supply chain needs to be well managed or millions can be lost to shipments not be sent at the right time, or food sitting in warehouses too long. In fact, inefficiencies between producers and suppliers are estimated to be around $60 billion annually.

Recently, Walmart announced a partnership with IBM on an implementation of their Food Trust Blockchain System. The idea is to use a blockchain network to track food, monitor choke points, and reduce the spread of foodborne illness. The system is being implemented now and is said to go online in September 2019.

The diamond giant De Beers is working on a blockchain implementation to track diamonds from the mine to consumers. De Beers processes more than 30% of the world’s Diamonds so this implementation will have a large impact on the overall diamond economy.

Blood diamonds are a huge problem in the world. The illegal diamond trade leads to human rights abuses and many times the proceeds go to fund warlords and terrorists. Tracr as the project is known has been built on the Ethereum blockchain and will allow for the tracking of diamonds based on physical characteristics. Hopefully, this will bring a greater amount of transparency to a traditionally secretive industry.